Russell Henley burst on to the scene with victory on his PGA Tour debut at the 2013 Sony Open and was tipped for greatness.

He bagged his second PGA Tour win with victory over Rory McIlroy at the 2014 Honda Classic but things had dried up since.

At the time both players were wearing Nike clothing and using Nike clubs. The clothing has stayed the same but the rest, as they say, is history.

While McIlroy has dabbled with TaylorMade, Callaway and Titleist since Nike pulled out of the hardware game, Henley signed a full bag and ball deal with Titleist.

This was Henley’s seventh start since signing that deal so it appears the transition has been a smooth one for the 27-year-old.

It’s no surprise to see him gaming all of of Titleist’s latest gear with the 917 driver and fairway, 716 irons and SM6 Vokey wedges.

“I was lost with my swing and questioning everything,” said Henley on his disappointing two years. 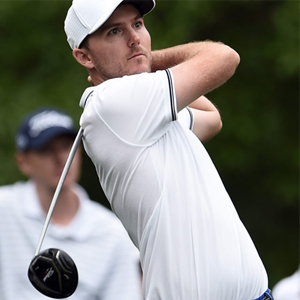 “I think that happens when you play against the best players in the world.”

And that will continue this week after he grabbed the last spot at Augusta.

“It hasn’t quite hit me yet that I’ve earned a spot to the Masters,” added Henley.

“I tried to go into it with the mentality that I could do it and win it. And I started to believe it.”