He's no longer a TaylorMade staff player so which other brands' clubs have found their way into his bag?

Despite announcing he was leaving TaylorMade, Sergio Garcia still relied on pretty much a full bag of their equipment for his latest win at the Valderrama Masters.

There were a few differences to the set-up which Garcia had when he won his Green Jacket at Augusta. All at the bottom end of the bag.

He has been using an Odyssey Toulon design putter for a few weeks.

The exact model is an Atlanta Prototype large mallet which has the colours of the Spanish flag added into the logo.

As seen in play at the British Masters, he also has what looks like a Callaway Mack Daddy 3 wedge in the bag.

Garcia was using the TaylorMade Milled Grind models back in April but was also using a TaylorMade Tour Preferred EF wedge – which was released a couple of years ago – at Valderrama. 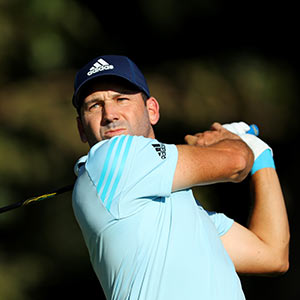 He still uses the M2 driver and M1 fairway woods.

The Spaniard insisted ahead of the Italian Open that he’d be pretty much using the same equipment for the rest of this season then will start testing new gear from other brands.

“I’ll be playing the same equipment as before,” he said.

“But I will start testing new things to see what is out there and what feels good to me. Then I will make a decision and move forward.”