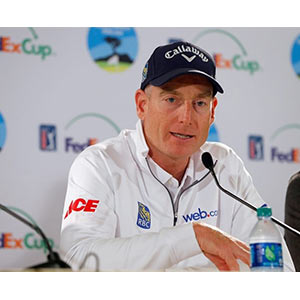 You might not like his pre-shot putting routine but, otherwise, Jim Furyk is pretty much as good as it gets. And he’s particularly smart, which is why he hasn’t wasted too much time in improving the Ryder Cup qualification process.

The last time the United States won a Ryder Cup overseas it was Tom Watson in charge at The Belfry in 1993, and Furyk has made some intelligent tweaks to try and avoid the mess of last year when Ryan Moore was named as the final pick during half-time of a Sunday night NFL game. Five days later the matches started at Hazeltine.

So next year Furyk will name three players after the second of the play-off events – now the Dell Technologies Championship – and save number four after the third, the BMW, rather than the Tour Championship.

“I think it’s wise, as well, for the captains to be discussing pairings the night before we leave, rather than who our next captain’s pick is going to be.” The second change is to adjust the points awarded for a major from two points for every 1,000 earned in a big one to 1.5 – although the winner will still get double.

Previously a fifth place in the Masters might be more valuable than winning a tournament.

“I really value winning,” Furyk added. “I want the guys that hit shots down the stretch, that have the guts, the fortitude, the game to win tournaments.”