It doesn’t pay to be obsessed with money

I don’t really get the problem with appearance money. It does happen, has happened for years and will continue to happen. Some players will always moan about it but I always say to them that if they were offered $1m to play, of course they would take it.

On the European Tour we are playing for way smaller prize funds so we have to attract the big names and the sponsors have to pay to get the best. And then they want some sort of return on their money and that happens when the big names are there.

I played down in South Africa and the effect that Rory playing in the tournament had was incredible. He wasn’t paid a penny, and was playing as a favour to Ernie Els, but having a star in the field made the week.

The crowds were eight deep and the stands were full and that was all down to one person.

In the Middle East we have three of the best tournaments but maybe not the biggest prize money because there will be appearance fees so it is a bit of a Catch 22. 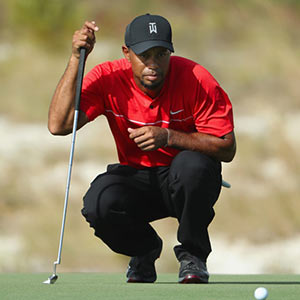 Tiger came back at the Hero in December and it had the highest TV ratings for a whole year, including the Majors and Olympics – for a sponsor that is gold dust.

As a player it gets everyone going and the range is packed whereas there are other weeks when you could just have your wife or mum watching.

The only way to get a tournament bigger is to have the big names there. I couldn’t care less if they get paid. In America they require the players to add at least one event to their schedule each season and the ‘new’ event must be one that they haven’t played in for four years.

Would it work in Europe, maybe?

I work out my schedule with my manager Stuart Cage who used to play on tour. We will break it down into thirds so we have worked out where I’ll be playing up until the end of April and then trying not to burn myself out as there are so many good events later in the year.

It’s hard but you can’t be a sheep, you need to play fresh and not be too prize fund orientated. It should be more where I might play well at.

The top players are always fresh and maintain their schedules well, which is easier said than done but chasing it has been the biggest let-down of my career.

I moved to Octagon last year because of Stuart and we know each other from our Challenge Tour days. I did my own thing management-wise for six months. When you are out of contract, the managers will pester you forever.

You get to the stage where you think if I ever see one one more manager in a Zara tweed jacket, a pair of Chinos and a blank clipboard I will scream. Stuart didn’t promise me things that he couldn’t deliver, he was very straightforward and honest and he told me what I could expect from any sponsor.

I don’t need someone to hold my hand and I’m very self-reliant but I want to start the tournament week on the right foot and totally relaxed. Having help booking flights, staying at the right hotels with gyms and booking transfers all helps with that.

Away from tournaments there is all the contract stuff and photoshoots. Above everything though Stuart is a good sounding board and always offers some proper advice.

Over the years, when I’ve thought about money and trying to make more of it, it doesn’t really work for me.

I’m a patron of the Challengers charity so I have their name on the bag and that is obviously free as it means a lot to me to give back to kids who might not have had the start that I’ve had in life.

James Morrison plays on the European Tour and he was ranked 65th on the Race to Dubai in 2016. In 2015 he won in Spain. He is a Callaway staff player, plays Titleist balls, wears Lyle & Scott and is sponsored by Eurocams.