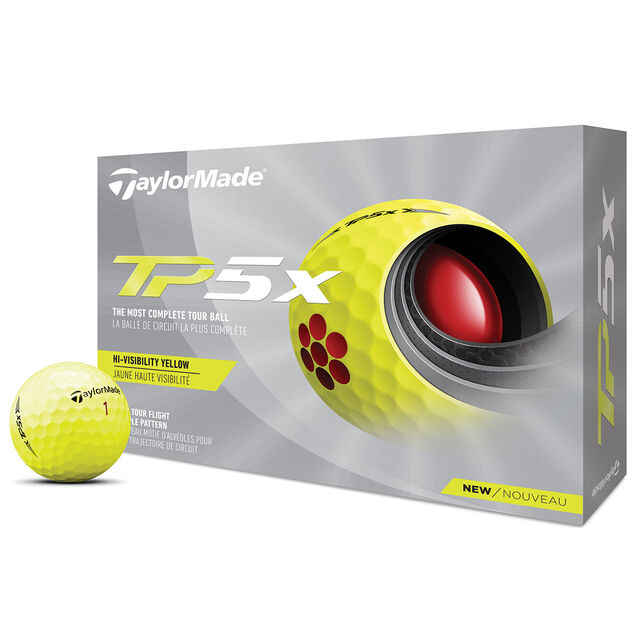 This is TaylorMade`s most complete golf ball, engineered with 5-layers which include a new Tour flight dimple pattern and an HFM speed layer system to maximise carry distance

Thanks to its new 5-layer core and HFM speed layer system it produces a progressive compression that produces the maximum energy transfer from the clubface. This ensures more speed on your irons and woods, for greater distance and performance.

This cover gives you high spin and a soft feel ensuring you receive the maximum possible performance from these golf balls. This is ideal for iron and wedge play to ensure you receive the highest level of control and feedback.

The new dimple pattern on the 2021 TP5 golf ball has shallower dimples to reduce drag during ascent, plus steeper dimples to maintain lift during decent. These improvements to the aerodynamics maximize carry distance to help you hit the ball longer and further than ever before.
Between the TP5x and the TP5, this ball produces the fastest ball speed, higher launch, high spin, and has a soft feel.
Code: 369597