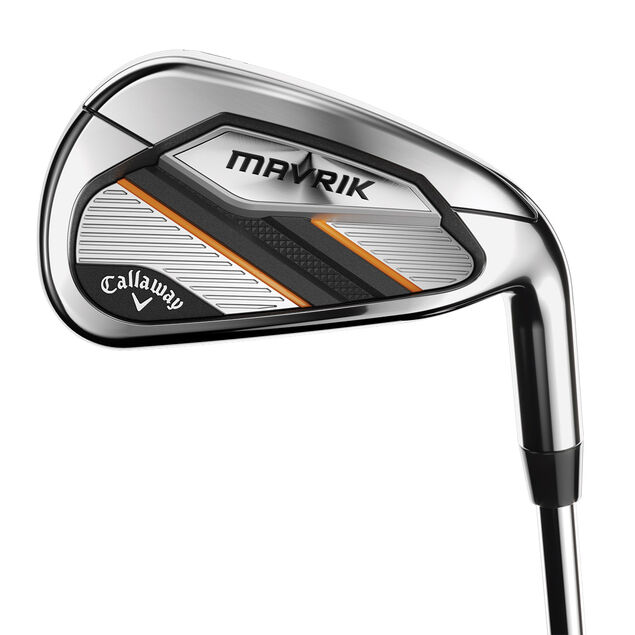 https://www.americangolf.co.uk/golf-clubs/sets-of-irons/callaway-golf-mavrik-steel-irons-357512.html
Out of stock
Book a free custom fitting session

For the first time using artificial intelligence, Callaway Golf has developed this iron to appeal to a wide range of players, with Flash Face Technology to produce incredibly fast ball speeds.

The iron has an extremely soft feel thanks to over one million microspheres are strategically placed into each clubhead to absorb unwanted vibration. The patented urethane microspheres also maximize COR for even more ball speed performance.
Code: 357512