addias Golf, an industry leader of innovative technology and performance, has announced the release of their next generation of adizero golf footwear: adizero one.

High praise was heaped upon the company when they launched the ever-popular adizero Tour in 2013, and their challenge in sustaining that success has now moved onto the adizero one shoe, a radical redevelopment of the franchise.

adizero one is 10% lighter than its predecessor, weighing in at only 272 grams; the lightest golf shoe ever created. Coupled with more stability than ever before, this golf shoe delivers maximum performance and Tour-level traction time and again.

Unlike traditional golf shoe construction which requires the stitching of multiple layers, adidas golf designers pushed the limits of engineering to create an ultra-light, one-piece fused upper that perfectly bonds together five layers to deliver a consistent feel on the foot, similar to slipping into a warm comfortable glove.

A lighter, thinner seven-cleat performance outsole helps further reduce weight while retaining the same level of stability and the adizero one measures a whopping 20% wider than its adizero Tour cousin. adidas has taken into account both feedback from top Tour professionals and biomechanical analysis to strategically locate the seven cleats, highlighted by a revolutionary and proprietary centre cleat using CenTraXion™ technology to provide the wearer with unbelievable grip while maintaining stability throughout every golf swing.

“We’re constantly looking to test the boundaries of engineering to design and develop equipment that helps golfers perform at their peak,” said Masun Denison, Director, Global Product Marketing, Footwear at adidas Golf. “adizero one is a perfect example of our relentless pursuit of innovation to consistently create the best-performing footwear in golf.” 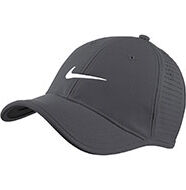 Stay cool this summer with our range of golf caps

When it gets too hot on the golf course, it’s time to bring out the summer gear! This time we are looking at some of the best new golf caps available for players to pull on when the greens are drenched in sunshine. 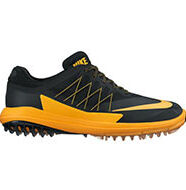 Nike Golf is synonymous for creating clothing and footwear that has just the right balance of style and comfort. And, for athletes, performance materials are added to give players the best chance of success...