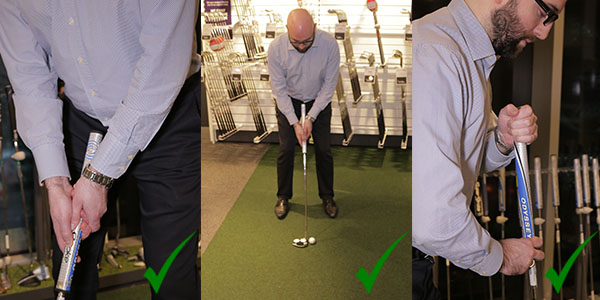 From January 1 2016, under the R&A’s proposal to amend the rules of golf, all players will be prohibited from anchoring their club when making a stroke. The adoption of Rule 14-1b will be all-inclusive and effective over the next four years, meaning major changes for amateurs and professionals who adopt this style of golf.


Guidance on playing under new ruling

Rule 14-1b focuses only on the method of stroke; it does not limit the conforming equipment that may be used. While making a stroke, a player may not anchor the club (i) “directly” or (ii) indirectly through use of an “anchor point”. The club is being anchored “directly” when the player intentionally holds the club or a gripping hand in contact with any part of his or her body, although he or she can hold the club or gripping hand against a hand or forearm.

An “Anchor Point” exists when the player intentionally holds a forearm in contact with any part of his or her body to establish a gripping hand as a stable point around which the other hand may swing the golf club.


Why Rule 14-1b has been Introduced

The anchored method of stroke has been a controversial subject within the golfing community for some time and intensified considerably in 2011 and 2012 when the use of anchoring rose sharply in popularity. The R&A and the USGA announced in February 2012 that it was going to look at whether anchored strokes should be banned under the Rules of Golf. After seeking advice from golf associations, professional players, equipment manufacturers and recreational amateurs, the decision came down that anchored strokes should be prohibited from January 2016.

Rule 14-1b was not backed by everyone, however. The PGA Tour requested the Rule not be adopted at all, as did the PGA of America, the Canadian PGA, and the National Golf Course Owners Association.

Meanwhile, the European Tour, LPGA, Ladies European Tour, the Professional Golfers’ Association of Great Britain and Ireland (joined by the PGAs of Europe), stated their support for the proposed Rule.

The conflicting positions of so many proves this is an issue which simply will not please everyone. The R&A does, however, believe that placing a ban on anchored putters is the best course of action in keeping the game fair and in line with its time-honoured traditions.


Golfers can continue to use belly and long putters without anchoring

Players will still be allowed to use any conforming belly-length or long putter as long as they do not anchor the club while making a stroke. As these putters have grown considerably popular over the past few years, they will remain useable at all levels of the game. Angel Cabrera used a non-anchored belly putter to win the 2009 Masters Tournament, which shows it can done. Again, the player will need only to move the club just off the body so that it is not anchored. In short, for each type of currently used anchored stroke that will be subject to penalty under Rule 14-1b, the player in effect needs only to move the club and hand (and, if relevant, the forearm) away from the body by a small degree such that the club is not anchored and a free swing occurs. The method of stroke will not be identical and the player will need to control and swing the entire club. It’s a hassle but it does mean everyone who wants to continue using these putters can do so. 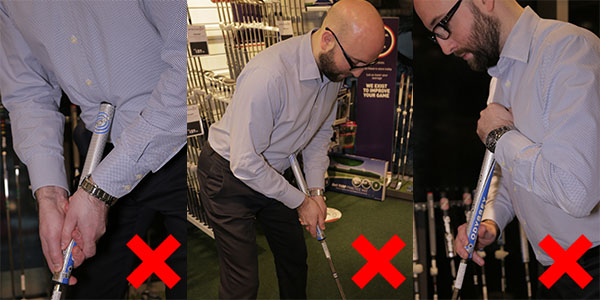 Here is a selection of frequently asked questions about anchored putting which might help answer any niggling issues:


Which methods of stroke have been prohibited?

Only a few types of stroke are prohibited under the new ruling; those in which the club is intentionally anchored, either directly or indirectly or through the use of forearm against the body, will result in penalty. All other types of stroke and styles of grip remain legal.


Does the rule only apply to strokes made from putting green?

Rule 14-1b has been applied to all types of stroke (putts, pitch shots, chip shots, full-length shots etc.) regardless of where the stroke is made (putting green, fairway, rough, tee, fringe) and everywhere else on the golf course.

Conforming belly putters will still be legal to use during a game.


How is the “forearm” defined?

When it comes to Rule 14-1b, the forearm is the part of the arm below the elbow joint and including the wrist.


Is a “side-saddle” stroke permitted?

As long as the player does not anchor his or her club directly or indirectly, nor hold a forearm against the body to create an anchor point, then yes a side-saddle is still permitted.


Is it illegal to intentionally rest one or both forearms against the body while making a stroke?

No. A player may intentionally hold a forearm against their body. This is only prohibited when used to create an anchor point.


Please click here to view our great range of putters.