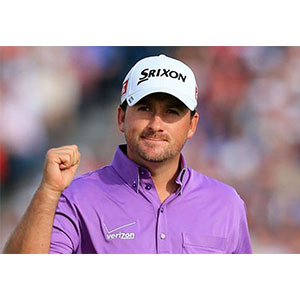 Graeme McDowell hasn’t won since the French Open last year and one hole, the 1st at El Camaleon in Mexico, looks like it will play a big part in that run continuing.

McDowell hit his tee shot out of bounds at the par 4 in practice on Tuesday and he repeated that in the first and third rounds to run up double-bogeys.

On the second day he just made a bogey. On Sunday he made his first par.

“I’ve played that first hole like a complete idiot this week,” McDowell said.

“That driver swing that’s going to the right, that’s been killing me the last few weeks. It really stopped me from competing in Turkey a couple weeks back.

It’s just something I’m working on, something I need to eliminate from my game.”