European Tour player cards a 17 - on one hole 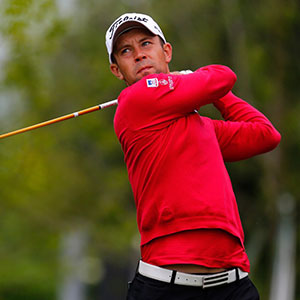 When Andrey Pavlov carded a 17 on his opening hole at the Lyoness Open, club golfers around the world couldn’t resist feeling slightly smug.

Pavlov didn’t know whether to laugh or cry.

But the most surprising element of the Russian’s horror effort was that it was only the second worst score on a single hole in European Tour history.

If anyone is wondering how Pavlov managed to take 17 on the first hole at the Diamond Country Club in Atzenbrugg, Austria, well finding the water SIX times was certainly a factor.

He tied the second-highest number of strokes on a single hole in European Tour history, joining Chris Gane, who made the same score at Gleneagles in 2003. Only Philippe Porquier’s 20 at the 1978 French Open is worse.

Pavlov, ranked 1,598th in the world finished 26 over par at the event last year and was given a tournament invite this time around for his bid to make the cut on the European Tour for the first time.

Credit where credit is due, Pavlov recovered to some extend carding an 18-over-par 90 but missed the cut on -17 following his opening round of 71.

On the other side of the Atlantic the record is even worse where Tommy Armour and Ray Ainsley have both managed 23 shots on a single hole.

Armour's nightmare at the 1927 Shawnee Open while Ainsley's hole to forget was at the 1938 US Open.