From hero to zero: The greatest career collapses


As Tiger Woods drops out of the world’s top 50, could this be the end for one of the all-time greats? 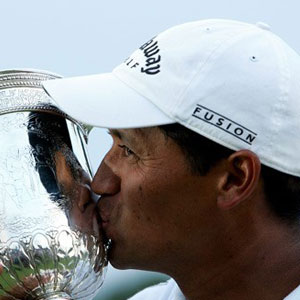 Won the US Open at Pinehurst in 2005, as well as the World Match Play at Wentworth, with a fearless and joyful character and a fair share of luck.

His success led to offers to design courses, appearances, charity days, and he took his eye off the ball. Dropped outside the world’s top 800 and in 2014 announced his divorce.

When Graeme McDowell won the US Open in 2010, Campbell warned him: “Nobody ever tells you how to get down.”


Sanders was on the verge of winning his first Major, with a 30 inch putt to win the Open at St Andrews. He missed, and lost the play-off to Jack Nicklaus.

Sanders has confessed that he is still haunted by the miss and his career plummeted. He was gallant in defeat, but was crushed psychology.

Prior to this he recorded 20 tour wins, afterwards there was just the one.


In 1991 Baker-Finch blew away the field to win the Open at Royal Birkdale. Then a series of injuries led to 11 straight missed cuts.

A crisis of confidence on an unimaginable scale ensued, one a dozen world-class coaches couldn’t fix.

Imagine being a major champion who shoots 92 in the opening round of the British Open.

That afternoon in 1997 he walked the course with his head held high, but back in the locker room he cried. He withdrew from the tournament and quit golf, aged 35. 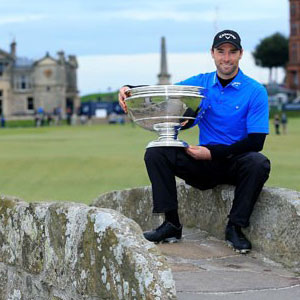 In 2008 Oliver Wilson was a Ryder Cup player. He paired with Henrik Stenson and came back from four down to win a foursomes match against Phil Mickelson and Anthony Kim.

A recurring theme on this list, confusing swing changes led to a sharp decline, exacerbated by illness.

He plummeted to 792nd on the world rankings and his average position in seven 2013 outings was 121st.

A victory at the Alfred Dunhill Links last year came out of nowhere and suggested there may still be a decent golfer behind the nice guy image.


What a poison chalice the Open can be. David Duval was ranked number one in the world in 1999, and in 2001 he won the Open.

The game was enthralled by the prospect of Duval vs Woods, a rivalry for the ages.

Instead, Duval hasn’t won since that Major success. A sprained back was the start of a decade’s worth of back problems and instead of giving himself time to heal, his swing changed. The results were disastrous and he fell to 882nd in the rankings. 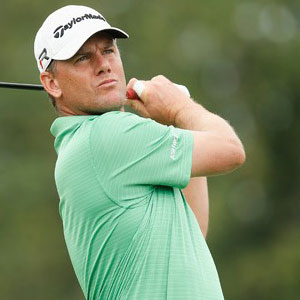 For the former European number one, the golfing community were united in their understanding about what caused Karlsson’s fall from grace. He had the yips.

The stoic Swede had been a one of the game’s sturdiest players, but while practicing before the 2012 Open at Royal Lytham & St Annes, everything came to a head.

Bad habits had began creeping into his game and his first practice round lasted just two holes. In his second practice he made it through seven holes, before walking off the course and withdrawing from the competition.