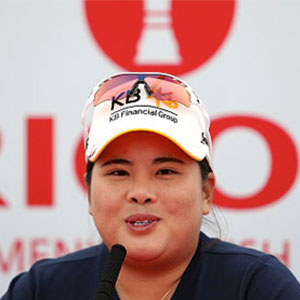 Inbee Park has lashed out at the unfair qualifying criteria mapped out for the Olympic Games in Rio.

Park, one of the top ranked female players in the world, feels that the tournament will suffer from not having enough big names heading to Brazil due to the criteria necessary to qualify.

The current rules stipulate that sixty players will compete in the men’s and women’s events in Rio de Janeiro, with each country being allocated spots for a maximum of four players.

However, the country in which Park was born South Korea, has only 15 players in the top 28 women’s rankings.

Speaking at the British Open on Wednesday, Park also said she found it ‘disappointing’ that all the best players won’t be at the Olympics due to these strict rulings on ranking.


What do you think about the criteria to qualify for the Olympic Games? Is it fair or should there be new rules put in place to give every golfer a better chance of making the cut? Let us know.