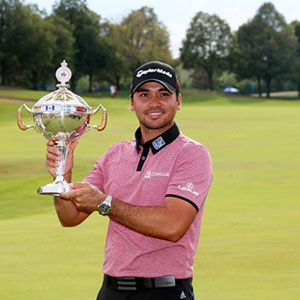 After the near misses of Chambers Bay and St Andrews Jason Day pocketed his second win of the season, by a shot from a fast-finishing Bubba Watson and two from home hope David Hearn.

The Australian rolled in a 22-footer at the 72nd hole for a third straight birdie and he is now up to fourth in the world.

No.3 Watson was even stronger down the home stretch, with birdies at five of the last six while Hearn, bidding to become the first Canadian to win the national Open in 61 years could only put together a level-par 72.

Day said: “To be able to put yourself in contention so many times, especially in major events and just fall short, even going back to last week leaving the putt short and not being able to get into the play-off really kind of was disappointing.

“So when I actually had the same putt, it was a very similar putt on the 72nd hole.

“Same things were going through my mind. Make sure you get it to the hole.