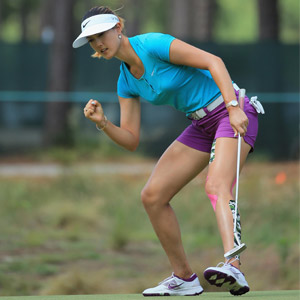 Michelle Wie has claimed her first major victory on Sunday, beating out the current female World number one, Stacey Lewis. She has been waiting for this moment for many years having started her golfing career when she qualified for the 2000 U.S. Women’s Amateur Public Links at just 10 years old.

The 24-year-old notched her second LPGA Tour win of the year – and fourth of her career - with a final score of 2-under-par 278.

Wie, who eagled the tenth and birdied the 17th to give her a two-stroke cushion over Lewis,ranks second in greens in regulation on the LPGA Tour with her VR Pro Blade irons. She is fourth in putts per greens in regulation, playing with an adjusted Method 006 putter this week featuring Polymetal Groove technology, which helps to reduce skid and produce a truer roll.

Inside the Winner’s Bag: Michelle Wie