It seems that the changes being made by the R&A to the hallowed Old Course are not inviting the sort of support they were hoping for, judging by Geoff Ogilvy's outburst on Scotsman.com

"It's disappointing, in that the whole point of it is to make us shoot a slightly higher score every five years [at The Open], and it's embarrassing - disgusting - that they're doing it for that reason," Ogilvy said. "I mean, it's hard to have the words to describe the arrogance of doing something like that, it's incredible," said the former major champion. 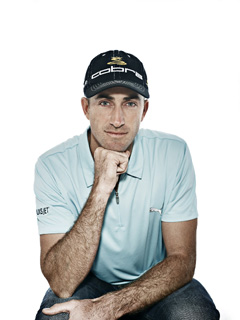 Changes are being made to several holes in preparation for the 2015 Open, but many golfers - both professional and amateur - have objected to this move, believing that it will be to the detriment of the course and the playing experience.

"It's like,'The Sistine Chapel is a bit small now for the number of people who want to go through it, let's make it bigger'. The reason the sport is what it is, is because of St Andrew's. It didn't evolve to the point where it's at because of people doing what they're doing right now," said Ogilvy.

"It evolved - it didn't get designed. It came because of nature, all the balls finishing in one place, so there were lots of divots and that spot became a bunker. It's the first place that anyone should ever study when they think about golf course architecture. And the last place anyone should ever touch," he added.

The most significant change will be made to the location of the 17th tee, while the 11th green has been recontoured.

Peter Dawson, Chief Executive of the R&A has defended the changes from the outset, saying: "We obviously know the course very well and how it plays at all levels of the game. No one knows it like we do or the Links Trust do.

"We did feel that there were a small number of things that would make it just that bit more demanding. Needs for greater precision, this is nothing to do with length. It's just the ability of the modern player."