Richie Ramsay gets Open invitation on a technicality 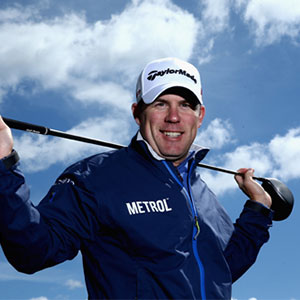 Scotland’s Richie Ramsay will be making a surprise appearance at the Open Championship after Australian Tim Clark had to withdraw due to visa issues.

Ramsay took to Twitter to express his joy at this decision, writing: “The Open is special but no place like St Andrews, absolutely love it, no better palce, can’t wait.”

The 32-year old even added some humour by continuing: “I got 99 problems but playing The Open ain’t one.”

The Scot had moved up to first reserve when Sweden’s Alex Noren had to pull out through injury which meant Japan’s Hiroshi Iwata was off to St Andrews.

Kevin Streelman will also tee it up at the Home of Golf after Chris Kirk was forced to give up his place with a broken hand.

Raphael Jacquelin had the consolation of securing his place with his tie for second at Gullane after Rickie Fowler’s late heroics. Overnight leader Daniel Brooks and Sweden's Rikard Karlberg claimed the other two spots.

American Shawn Stefani is now the first reserve for the third Major of the season, with Jordan Spieth attempting to go for an unprecedented calendar year Grand Slam after already sealing the Masters and US Open titles.