Spieth says "It will be nice once the Masters is over"

If you’ve had a bet on Jordan Spieth for Augusta then you probably won’t be overly buoyed by his words last week – he’s looking forward, whatever happens, to the Masters being over for this year. 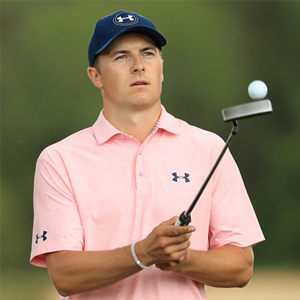 The 2015 champion led by five going into the back nine but then bogeyed 10 and 11 and then dumped two balls into Rae’s Creek at the next. Cue questions on a weekly basis of what exactly went wrong and how he’s coming to terms with it.

”No matter what happens at this year’s Masters, whether I can grab the jacket or I miss the cut or I finish 30th, it will be nice having the Masters go by,” Spieth said.

“It will be nice once this year’s finished from my point of view, to be brutally honest with you.”

That said Spieth remains optimistic about his chances in the years to come which, given his record of T2-W-T2, isn’t a big surprise.

”It would be best if I could reclaim the jacket but I believe that I’ll be back up there sooner or later, just the way that we play the golf course, the success we’ve had and the comfort level I have there. Whether it happens this year or not, but it will just be nice because that tournament, it’s a 365-day thing. There’s no other Masters.”