Stenson splits up with his 3-wood 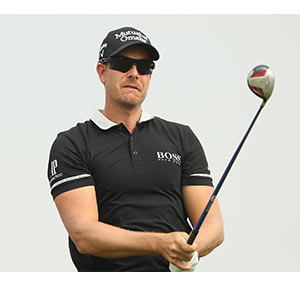 If you thought it was good publicity to have a player (basically a Nike player) use your equipment (basically a TaylorMade driver) then this is as good as it gets for Callaway.

Henrik Stenson’s 2008 Callaway Diablo Octane (pictured) is generally known in the game as the biggest weapon of mass destruction as he regularly nuts it 300+ and past most players’ drives. It’s also, and imagine this being important, arrow straight.

But now, after his best ever season, the Open champion bids farewell to his trusty ‘strong 3-wood’ (it’s around 12.5˚) in favour of the Callaway Epic 3-wood.

It’s the same old Grafalloy Blue shaft but with more loft (15˚). If it stays in the bag – Stenson’s first week with it ended in a second place in Dubai – then we’ll all be trying to get our hands on one.