TaylorMade Golf Company, makers of the No.1 driver and fairway in golf, has announced it is readying to launch its new AeroBurner range – a driver, fairway and rescue club trio drenched in a matte white colour and featuring an improved Speed Pocket with advanced aerodynamics to promote effortless distance for players of all levels. 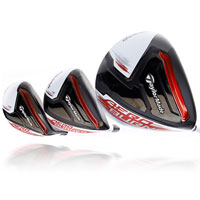 The name “AeroBurner” was coined due to the ranges advanced aerodynamics, which has proved so variable that TaylorMade R&D members have long obsessed over their quest to engineer faster driver heads for all its players. In order to achieve this, AeroBurner metalwoods feature an “Aero hosel” (small fin located at the heel of the club to reduce drag), a raised centre crown and rounded toe section. All three of these variables work as a system to improve aerodynamics and lower drag force in the process.

AeroBurner clubs have the largest Speed Pocket ever produced, which means players can enjoy enhanced sweet and be assured their golf ball speed is protected on mishits.

In regards to the driver, a huge advancement is the new Speed Pocket, which has been twice the size as big as that found in the JetSpeed. Unlike JetSpeed, however, AeroBurner drivers do not have loft sleeve technology – meaning the engineers were able to extend the length of the Speed Pocket across the entire sole to maximise performance.

The AeroBurner driver features keep on coming with the addition of an Inverted Cone – a technology used in every TaylorMade driver since the R500 Series in 2002. The Inverted Cone milled into the inner side of the clubface helps promote higher golf ball speed on off-centre hits.

Fairway and rescue clubs round out the AeroBurner family and both feature the largest Speed Pocket in combination with an extremely low and forward centre of gravity (CG). 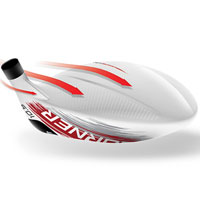 Think of it like this: the AeroBurner fairway manages to combine the size of the RocketBallz fairway channel with the technology of the through slot of the JetSpeed fairway to perfectly produce an ultimate Speed Pocket. When compared to the original RocketBallz, the AeroBurner has a face size which is 2.5mm more shallow for better playability from the turf. AeroBurner clubs also have a 2x larger sweet spot (COR) compared to its JetSpeed counterpart.

The AeroBurner Rescue club has a larger Speed Pocket like the fairway wood, and like the driver and fairway wood, it has the same white crown with black contrasting face and crown alignment features to help with accuracy and consistency needed for hybrid clubs.

The TaylorMade Golf AeroBurner family are coming soon to american golf so keep checking back for updates on their hotly-anticipated arrival.


Shop TaylorMade Golf now for the full range of products we have available.