For 14 years TaylorMade Golf Company has been the go-to brand for PGA Tour players. Its constant strive for greater performance and smarter engineering has made it the most played driver on the Tour – a feat which should not be taken lightly. 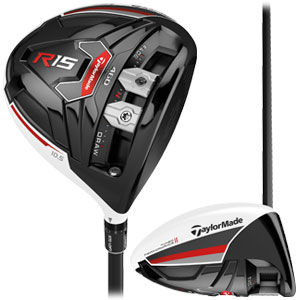 And TaylorMade is certainly not sitting back with its feet up, either; instead unveiling the R15, its most technologically sophisticated, high-performance metal wood franchise ever.

The R15 family consists of a driver, fairway and rescue club, while also reintroducing to the market the company’s wildly successful “R” series – a brand mark synonymous with more than a decade of game-changing metal wood products.

TaylorMade Golf’s R15 driver aims to deliver for golfers on all fronts. Offered in black and white, it features a desirable and playable pear-shape in two head sizes – 460cc and 430cc. Available in four lofts - 9.5°, 10.5°, 12° and 14° – TaylorMade expects the R15 to become its No.1 played driver on professional tours in 2015. A bold statement but one which looks a real possibility with the high level of technology and performance packed into its sleek design. 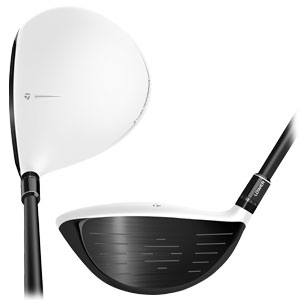 The R15 has some hot new features, including Front Track system, which makes adjusting the driver easier and quicker than ever before. Inside the track system are two sliding split weights that weigh 12.5 grams each. The club head has 5g more discretionary mass in order to enable it mass manoeuvring, and is 4g lighter than the popular SLDR. Using a torque wrench, players are able to loosen and slide the weights to the heel for a draw, to the toe for a fade or split for maximised stability.

But the R15 is not just about highlighting new ideas. It has incorporated the brand’s most adjustable long-sleeve to give golfers the ability to alter their face angle, lie angle and loft preference to affect side-to-side trajectory. A simple rotation of the loft-sleeve system allows players to choose from 12 distinct settings that makes incremental changes in the lie and loft/face angle.

By marrying the sliding split weights and loft-sleeve together, it has enabled golfers to adjust their R15 driver with precision so incredible it’s extreme.

Performance is bread and butter of any golf club, and that lies in a few key areas of the R15. Firstly, the R15 has a low and forward centre of gravity (CG) – a strategic placement of weight first seen in SLDR which promotes faster golf ball speed while generating less spin. The R15 has an even lower and more forward CG thanks to the Front Track system, which is 12mm closer to the leading edge with 40 more grams of weight forward. In total, 75% of the mass is in the front of the driver.

The larger 460cc version of the R15 is for players seeking maximum forgiveness and total confidence playing from the tee, while the R15 430cc has a shape that shares strong resemblance to some of the most celebrated drivers from the company’s past.

The address size is noticeably smaller to appeal to players who prefer a small address view. The R15 430 is also the lowest spinning driver offering.

Look out for the R15 name on fairway woods and hybrids as well as drivers in 2015.