The Masters: Final round in quotes 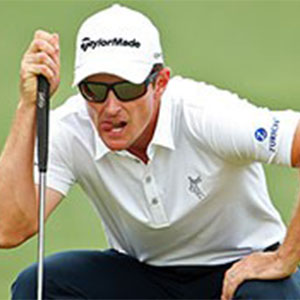 Jordan Spieth reflects on the most incredible week of his life.

"It was very nerve-wracking. I thought today might have been a little easier, playing with the lead, but it was not. I didn't get much sleep last night, but I saw a putt go in on the first and we were up and running.

"It's the most incredible week of my life, this is as great as it gets in our sport and this is a dream come true for me. To shoot some low rounds and see some putts go in and hear those roars from the crowd, it was remarkable.

"It still hasn't kicked in, I'm still in shock. I'm sure it will settle in, but it's really cool to share this experience with my family.

"Now I want to be like Bubba... I want to win two masters. I am excited for the opportunity of the year ahead, to be able to play as Masters champion."

Phil Mickelson once again graced Augusta National but was simply beaten by the better man.

"I just got out played, Jordan was terrific. He's obviously a tremendous player, but he's a tremendous individual too...It's hard not to pull for the guy.

"I played good golf, I would have taken 14-under at the start of the week and would have thought that I would have won. Even though there are some birdies out there, it's still not an easy course and he played some tremendous golf."

"14 under round here? I will take that every year and take my chances of winning."

Rory McIlroy was pleased with his week's work despite missing out on the career grand slam.

"I played well over the entire weekend, although it was a disappointing finish on Saturday. There were a lot of positives to take from it, but I just didn't quite have enough and no one looks like they could have kept up with Jordan this week.

Ian Poulter's had decent tournament, signing off on -9 for a T6 finish.

"Obviously I think the way I played was a highlight. To only miss four greens for the entire weekend was, for me, impressive golf. But missed shots on Thursday and Friday, not getting up and down, was too expensive and left me with a lot of work to do.

Sergio Garcia has reaffirmed his 'affection' for Augusta National.

"Everybody knows my feelings about this place and how uncomfortable I feel, so I think there's definitely some positives to take away. Obviously I play the par 5s horribly every year and that's probably what puts me where it puts me. If I was able to play them a little better it would be a different story, but that's the way it was.

Rickie Fowler has finished in the top 10 of a Major for the fifth time in a row.

"I had some really good swings and some bad parts, but that's golf. I just need to get rid of some mistakes...It was a good solid weekend and a good finish.”