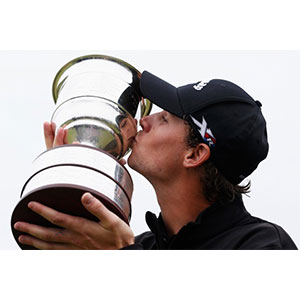 Slattery had a four-foot putt at the 72nd hole to tie but missed and Pieters, winner in Russia a fortnight ago, was over the line.

He went into Saturday two behind Rafael Cabrera-Bello and Slattery but then produced four birdies on the front nine. The Englishman had three birdies and his only dropped shot came at the last.

De la Riva had five birdies on the back nine in his 63.

Tom Watson posted a third straight 68 on Sunday to finish the week on seven under.

Pieters said: "I’m really, really happy. I felt like I played better in the Czech Republic, but my short game was great this week and saved me many times.

"I had chances coming in and I felt like I needed to make a couple more. I feel bad for Lee as he played great. It wasn’t comfortable watching him play the last couple of holes. I was wishing I’d made one more birdie.”