The final major of the golfing calendar is facing a television blackout in Ireland and the UK after news emerged that Sky Sports had lost the rights to broadcast the US PGA Championship.

The shock news comes as the PGA of America, which runs the tournament, confirmed that Sky’s deal – which has been in place for ten years – had not been renewed due to a completely different media model being rolled out by the company.

This has caused quite a bit of embarrassment to the broadcasting giants, which has recently begun pitching itself as the ‘home of television golf in the UK’, owning to its live coverage of the PGA and European Tours. 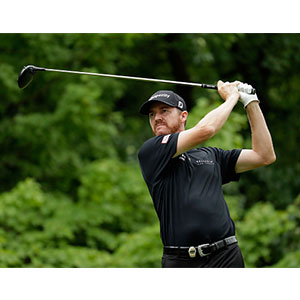 Sky also launched a channel dedicated just to showing golf only a few days ago; with majors being pushed as its big selling point.

“We had a good partnership with Sky, but the 2017 US PGA Championship will not be on Sky,” said the PGA of America’s chief commercial officer, Jeff Price. “It was a multi-year deal that was up. Ultimately, one of the key things for us is scale of distribution and obviously with all the new platforms that consumers are engaging with, we want to make sure we reach all of them.

“Broad distribution, multi-platform distribution is the key objective for us,” Price added. “I’m not in a position yet to share all the details, but we want the ability to engage golf fans of all ages across all platforms. We want the broadest distribution we can possibly have and are very excited about the plan we have in place.”

Next week, Sky will be the prime broadcaster of the Open for the second time. However, since the move from BBC, viewing figures were said to be way down.

The transfer of all live golfing events from terrestrial television to being stacked behind the Sky Sports paywall led to a ferocious barrage of criticism from golf fans, prompting golf’s governing bodies to battle harder to attract fresh interest in the sport.