Tiger Woods has conceded that he is no longer physically great, and probably never will be again. The admission comes after he failed to make the cut at this months’ Farmers Insurance Open. 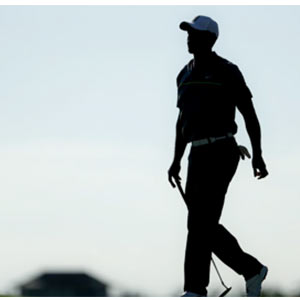 In a revealing interview with former R&A chief executive Peter Dawson in Dubai, Woods said there had been a “changing of the guard” at the top of the golfing world, although he maintains his belief of still being able to compete for titles – including majors.

Woods underwent his third back surgery in September 2015 and did not make another competitive appearance until December. Since then things haven’t improved, and missing the cut at the Farmers Insurance Open seems to have finally forced Tiger into admitting he’s no longer the force he once was.

"I feel good, but not great. Granted, I don't think I'll ever feel great because it's three back surgeries, four knee operations," Woods said. "I am always going to be a little bit sore, it's just the way it is. But as long as I can function and function at a good enough level then I'm fine with that."

Woods also admitted he was concerned throughout his rehabilitation last year that he would not be able to return to competition, having previously stated he would retire if he was forced to undergo any further surgery on his body.

"There have been plenty of times when I thought I would never play the game (again) at elite level. You put in the leg work, got to get in the gym, got to hit balls. You've got to refine your game and not make dumb mistakes out there on the golf course.

"In order to do that you've got to play a lot and I couldn't play. Playing once every three or four weeks is not going to cut it and there were a lot of times where I didn't think I was going to make it back."

Woods is scheduled to play in next week's Genesis Open at Riviera, before heading to Florida for the Honda Classic, but his main goal is being able to compete for a fifth Green Jacket and a 15th major title at the Masters in early April.

"The whole plan was to get my body, mind and spirit ready for that first full week in April. You know, I've done it four times and I'd love to do it a fifth,” Woods continued.

"My generation is getting older, but if I'm teeing up the goal's to win it. That doesn't change if I'm injured, coming off an injury, playing well or I'm playing poorly. If I'm in the event, it's to win the event.

"I know I've accomplished some pretty neat things over the course of my career and I hope that I can continue."